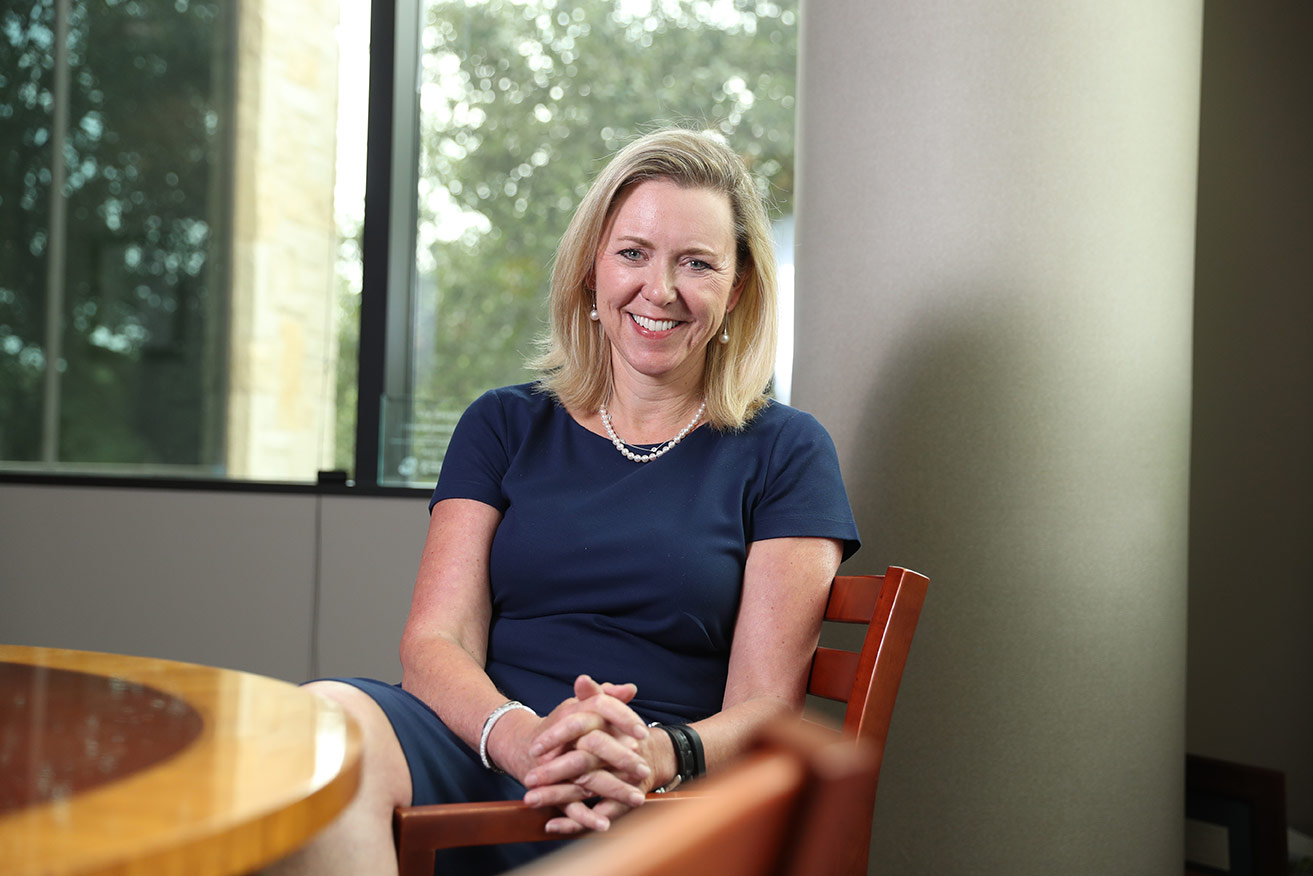 Kim Lubel, president and CEO of San Antonio-based CST Brands Inc., recalls a limited vision of the world and career opportunities for girls like her when growing up in the suburbs of Kirtland, Ohio, at the tail end of the Baby Boom. Her horizons began to expand in high school when she spent a summer in South Africa as an exchange student and, later, at Miami University in Oxford, Ohio, where she earned a bachelor’s degree in Spanish.

A mistake by the Central Intelligence Agency led her to Baylor, where she earned a Master of Arts in international relations in 1987. While at Miami, she had interviewed with the CIA and was told to expect a call. Meanwhile, Baylor accepted Lubel for graduate school. With no word from the CIA, she welcomed the opportunity and made her way to Waco. Within weeks, Lubel received a call from the CIA but chose to pursue her commitment to Baylor and to the new experiences that followed.

One year in Texas turned into several. She excelled academically, with LSAT scores that opened doors to law school at the University of Texas at Austin. After law school, Lubel worked for Fort Worth-based firm Kelly Hart and Hallman from 1991 to 1997, when she moved to San Antonio to work for Valero. She served in various executive capacities with Valero, including managing counsel and vice president of legal services, and executive vice president and general counsel. Lubel was the lead lawyer for nearly $20 billion in acquisitions that grew Valero from a regional refiner to an international energy company. She credits her experience at Baylor as a major contributing factor in her legal career.

In 2013, Lubel was entrusted with the top leadership position at CST, created when Valero spun off its retail operations to focus on oil refining. CST Brands Inc. is a Fortune 500 company that employs more than 14,000 team members and generates nearly $12 billion in annual revenue. Since 2011, Lubel has served as director of the board of oil and natural gas extraction company WPX Energy Inc. She was named to Fortune’s 50 Most Powerful Women in 2013 and 2015. She was named 2014 Retail Leader of the Year by Convenience Store News. Lubel is one of only 26 women CEO’s of Fortune 500 companies as of April 2016.