Awarded to an individual or individuals for outstanding teaching and mentorship that characterizes the Baylor experience. 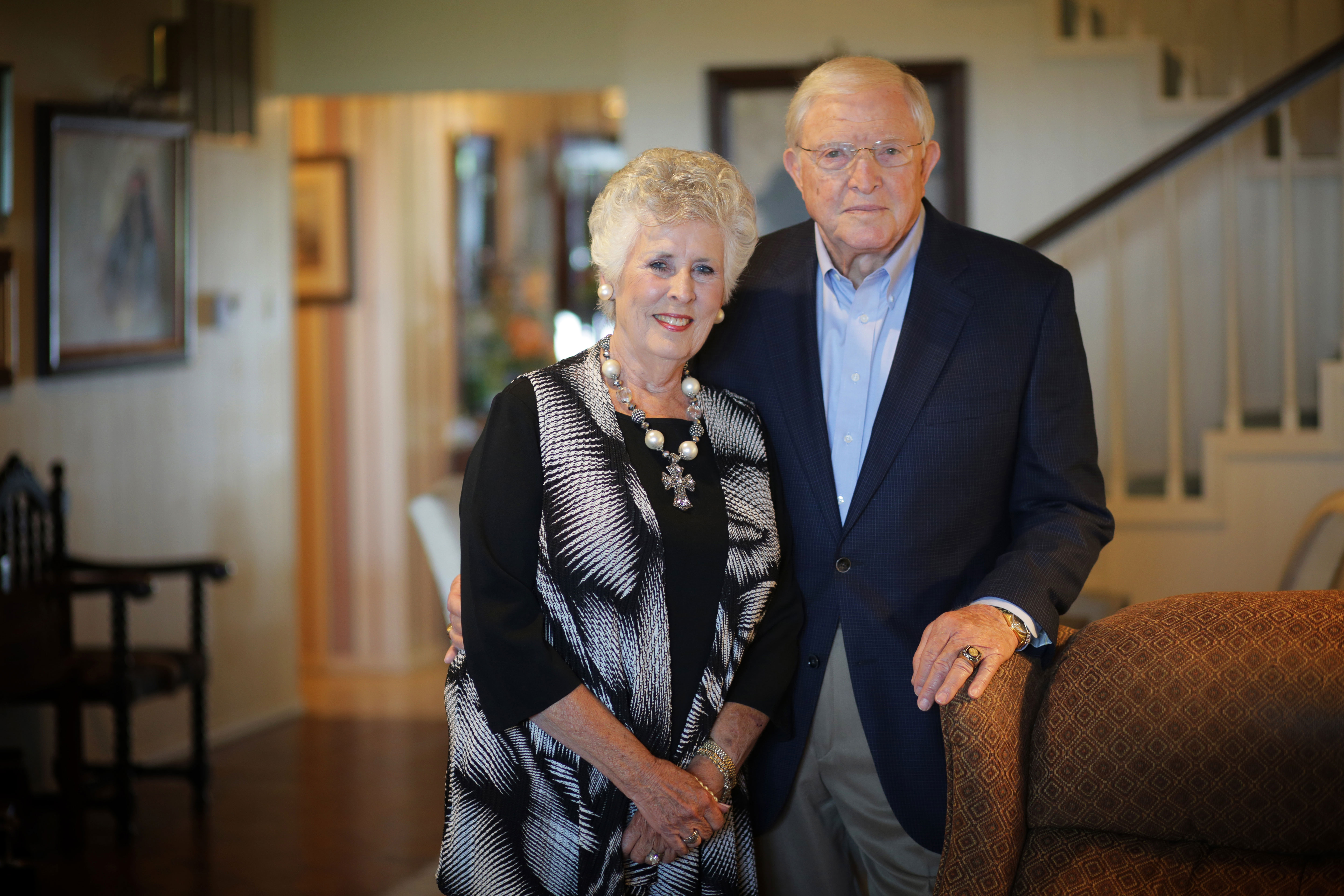 Every Sunday morning during his tenure as Baylor’s head football coach, Grant Teaff taught a college Sunday school class at First Baptist Church-Waco. He never missed the class, regardless of the previous day’s game result or of how late he and the team returned home. It was that sense of caring, compassion and determined loyalty that made the Teaffs arguably Baylor’s greatest mentors for more than two decades during his coaching career.

Grant led the Baylor Bears to Southwest Conference titles in 1974 and 1980 and to multiple Bowl wins, revitalizing a program that had won only seven games in the five years preceding his arrival. Donell never missed a practice during Grant's tenure. She served 10 years as a Baylor Regent and also was president of the Baylor Round Table, and president, sponsor and advisor for the Baylor chapter and past national officer of Delta Delta Delta sorority. She is a founder of the American Football Coaches Wives Association.

The couple’s contribution to Baylor and Central Texas has continued since Grant’s retirement from Baylor and throughout his service as American Football Coaches Association executive director since February 1994. He took the job with the condition that he could move the AFCA offices to Waco, because the Baylor community had become home for him and his family.

Neither Grant nor Donell attended Baylor, but both have been Baylor Alumni-By-Choice since 1986. All three of their daughters are Baylor alumnae, and several other family members also are graduates. Included in that list is their grandson, Josh Bookbinder, BA ’09, who is linebackers coach at Liberty University in Lynchburg, Va.

Grant has influenced countless coaches and athletics administrators through his AFCA work. He routinely speaks to coaching staffs at high schools and colleges throughout the nation. Other than their parents, Grant and Donell say that teachers and coaches were their biggest mentors while growing up. One of the football coaches at Donell’s Sweetwater High School was Harold Riley, a Baylor benefactor.

Grant’s tenure with the AFCA concludes in February 2016, but he plans to remain active with the same network of organizations and corporations to continue improving society. He has positioned the AFCA to continue having an impact on young persons lives for years to come through joint efforts and involvement with groups such as the Cal Ripken Sr. Foundation, Rachel’s Challenge and Fellowship of Christian Athletes.