Baylor>Alumni>Alumni Connect>Events>Reflecting on 44 Years of Leadership: A Conversation with Terry Maness 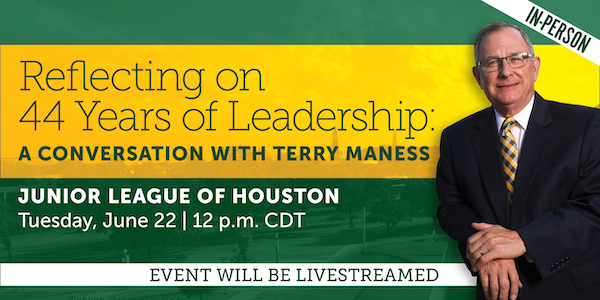 Reflecting on 44 Years of Leadership: A Conversation with Terry Maness

Join Baylor Alumni for an in-person celebration of the achievements of Dean Terry Maness as he completes a career of 44 years in higher education. Dr. Maness will highlight some of the greatest accomplishments during his time as Dean of the Hankamer Business School, and will look toward the future of business education at Baylor University. Don't miss this opportunity to spend time with Dr. Maness before he retires in July! This event will also be live-streamed and available to watch on your favorite device.

The Junior League of Houston is located at 1811 Briar Oaks Lane Houston, TX 77027

A portion of registration proceeds benefit the Brenda Morris Endowed Scholarship of Houston.
Space is limited!

The Brenda M. Morris/Baylor Business Network of Houston Endowed Scholarship Fund was established in 2010 by the Baylor Professional Group of Houston (formerly known as the Baylor Business Network of Houston). Their mission is to develop an extensive network of constituents who are knowledgeable about Baylor, who see their connection with Baylor and each other as meaningful, and who then find any number of ways to contribute to the success of both. 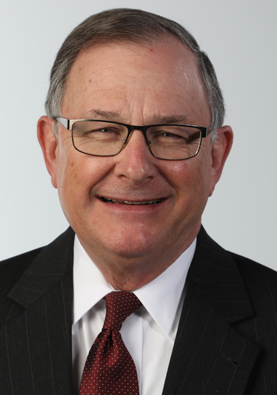 Dr. Terry S. Maness has spent the past 44 years serving the Hankamer School of Business in many capacities, including the previous 24 years as dean. As a professor of Finance, he received two “distinguished professor” awards and was named Hankamer’s most popular professor twice in a college-wide vote. He also served as the associate dean for undergraduate programs, the Carr P. Collins Professor of Finance, and the Department of Finance, Insurance and Real Estate chairman before stepping into the deanship role in 1997.

Dean Maness has a proven record of selfless service not just to the Hankamer School of Business but also to Baylor University. He will be retiring at the end of July. 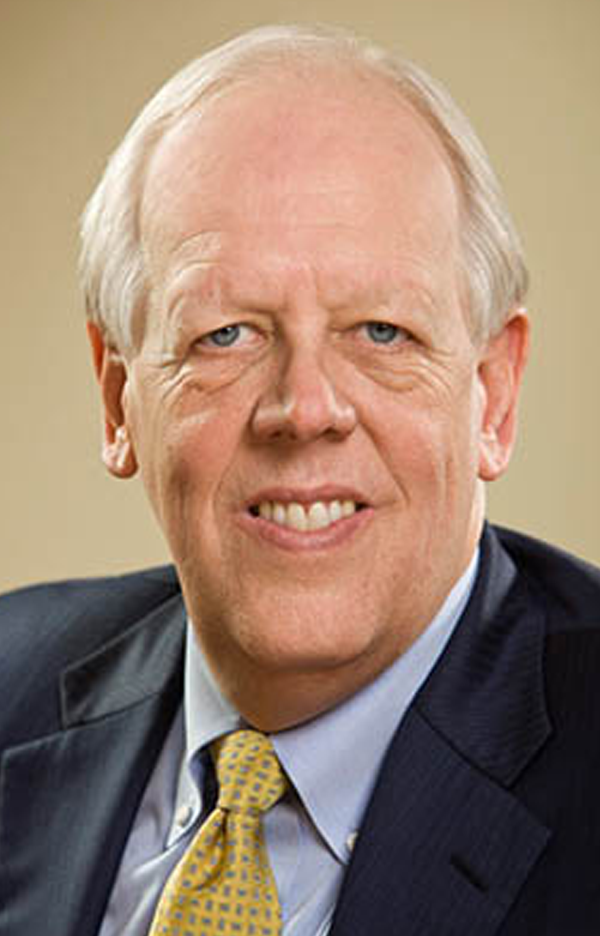 Bill Mearse has served as an advisor and board member for several organizations since his retirement from Accenture. His career at Accenture included more than 33 years of global experience with clients in the resources industries such as oil & gas, chemicals, utilities, mining and metals. Bill has remained involved as an active Baylor alumnus since graduation in numerous capacities and currently serves as a member of the Board of Regents.