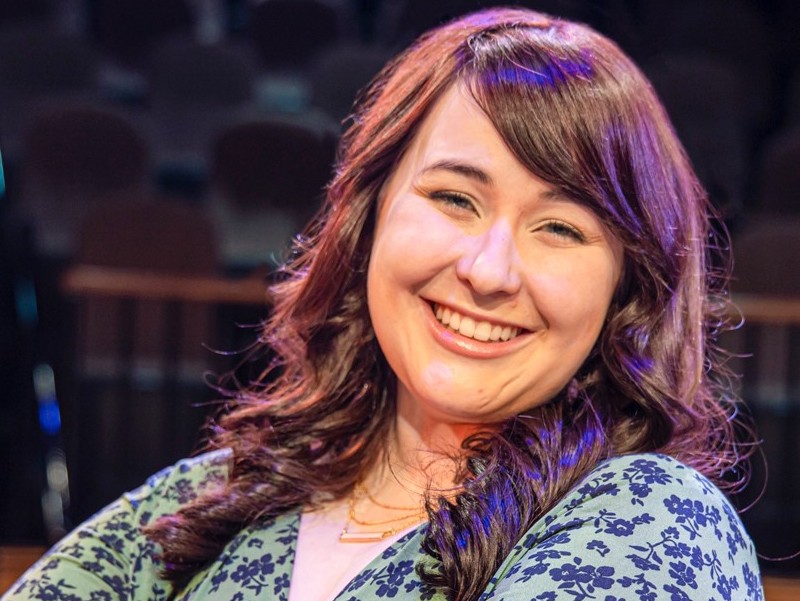 Jessica Cope (BFA ’15) is the president, co-founder and resident director of The Hopeful Theatre Project in Dallas-Fort Worth. After graduation, Cope was a “Fairy Godmother in Training” at The Walt Disney World Resort before returning to Fort Worth and beginning her work as a Baby Imaging Specialist at Cranial Technologies. In this role, she helps treat infants with plagiocephaly and brachycephaly.

In 2018, Cope began pursuing her passion project – a non-profit theatre company that would not only give actors a place to hone their craft, but also give back to the community. The Hopeful Theatre Project is unlike most theater companies in that 100% of ticket proceeds from every show go directly to charity. In 2019, Hopeful had three full-production shows that successfully raised thousands of dollars for charities, including The Ronald McDonald House Charities, Make-a-Wish Foundation and Salvation Army, among others.

When not working or wearing many hats at The Hopeful Theatre Project, Cope can be seen performing around the DFW Metroplex. She recently received a nomination for best leading actress in a musical for her performance as Tracy Turnblad in HAIRSPRAY. Cope has led by example and shown other performers, crew members and musicians that a life for leadership and selfless service can bring pure joy.