Spend your lunch break with the School of Music! Hear from Dean Gary Mortenson, D.M.A., and learn something new from esteemed composer and School of Music Professor Scott McAllister, Ph.D.

Dr. McAllister will present “The Four I’s in Creative Composition: Inspiration, Improvisation, Infrastructure, and Illumination” drawing from his extensive experience as a composer who has seen his work featured at institutes throughout the world. Enjoy this wonderful opportunity to learn more about one of the many areas of excellence within Baylor University.

Register for Alumni Week to view the Lunch & Learn with Baylor's School of Music. 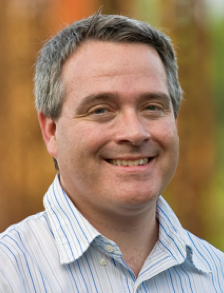 Scott McAllister, Ph.D., is a professor of composition and director of the Division of Academic Studies within the School of Music at Baylor University. Dr. McAllister has received numerous commissions, performances, and awards throughout the United States, Europe, and Asia. His music has been featured at the Aspen, Chautauqua, and The Prague/American Institute SummerFestivals. Dr. McAllister’s music has been performed and/or commissioned by notable ensembles and soloists including The American Composers Orchestra, The Rascher Quartet, New York Philharmonic, Chicago Symphony, I Musici de Montreal, Charles Neidich, Richard Stoltzman, The Verdehr Trio, Jacksonville Symphony, Da Camera, Waco Symphony, The United States New Music Ensemble, and The President's Own Marine Band.

In addition to teaching, Dr. McAllister also lives with his family in Texana House, one of Baylor’s on-campus residence halls, where his wife, Lesley McAllister, Ph.D., serves as the faculty-in-resident. Dr. Lesley McAllister is a professor of piano and director of piano pedagogy in Baylor’s School of Music. 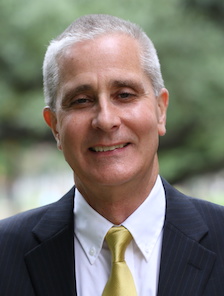 Gary Mortenson, DMA, serves Baylor University as dean of the School of Music, a position he has held since 2015. Dean Mortenson also provided leadership and direction for the 2018-2019 academic year as acting vice provost of administration as theUniversity conducted its search for a new Vice President and Provost.

Prior to his appointment at Baylor, Dean Mortenson served as director of the School of Music, Theatre and Dance and taught as professor of trumpet from 1989 -2015 at Kansas State University. The International Trumpet Guild named him as recipient of the organization’s Award of Merit at its 2014 conference. Dean Mortenson served as the International Trumpet Guild Publications Editor and a member of the guild’s board of directors from 2001-2013. As editor, he represented the guild at major international trumpet competitions.