Alumna of the Year 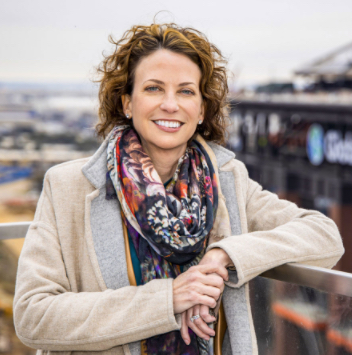 When Kellie Fischer, BA ’95, began college at Baylor, a financial career was nowhere on her horizon, let alone a career working in professional baseball. Fischer, who graduated from Klein Oak High School in Spring, Texas, enrolled at Baylor as a pre-med major. However, those plans changed.

After taking a class in the business school as a sophomore, Fischer changed her major to accounting. Following graduation, she worked for PricewaterhouseCoopers for four years before joining the Texas Rangers Baseball Club in 1999. Six years later, Fischer was named chief financial officer, overseeing financial matters and purchasing. She also serves on the Texas Rangers Baseball Foundation Board of Directors.