Alumni Spotlight
We had the privilege of highlighting two of the department’s alumni during our annual meeting: Cody Soto and Melissa Wilson. 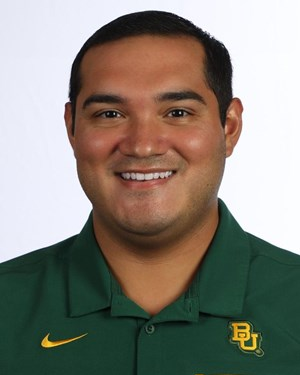 Cody Soto is a graduate student in the Baylor Department of Journalism, Public Relations & New Media. He is in his fourth year working for Baylor Athletics and first as the Director of Social Media & Digital Engagement. He runs the main athletics social media accounts (@BaylorAthletics) by managing the digital communications and marketing efforts of the department to share news and information, promote upcoming events, build the Baylor brand and interact with fans as they engage on social platforms.

Emmy Award-winning Melissa Wilson is an anchor for FOX 26 Morning News weekdays and a medical reporter for FOX 26. Melissa co-anchored FOX 26 News at 9 p.m. for ten years, as part of the longest running anchor team at FOX 26. A Texas native, Melissa received her Bachelor of Arts in Telecommunications from Baylor University. She began her career as the evening anchor at KAUZ-TV in Wichita Falls and then went on to anchor at Florida's News Channel. Houston Woman Magazine named Melissa one of the "Top 50 Most Influential Women in Houston.” American Women in Radio and Television nominated Melissa for "Personality of the Year.” She has been honored with the prestigious "Gracie Award" and Lone Star Emmy Awards. The Fair Care Center of Houston named Melissa a "Living Legend.”

We are especially grateful for alumni who continue to contribute to our academic community at Baylor. Giving their time and gifts as testament to their transformational experience while at Baylor and as an investment in the lives of our current students in what keeps us going and growing stronger.

Department graduates can be a valuable resource for our Lariat and Roundup staff in a number of ways, including advising them on the latest technology, mentoring on required skills, speaking to classes and staff meetings regarding practical experiences and trends, alerting students when jobs or internships become available, and critiquing resume reels and portfolios.

If you would like to get involved with the Baylor Alumni Journalism Group, email us what you are interested in helping with from the list below.