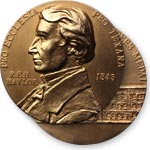 It was a package deal - that is what Marie Chiles says of her marriage to John - she got him and she got Baylor - and that has been just fine with her. In fact, returning from their posts as US Air Force officers in England during the Korean War, their first stateside destination in 1955 was a Baylor football game. John, who received his undergraduate and law degrees from Baylor, remembers fondly life in Brooks Hall, his time as president of Chamber, and the excitement of Baylor Homecoming. He credits Baylor with helping him strengthen his faith and develop strong values. John and Marie were early champions of Baylor's Strecker Museum and later John chaired the Mayborn Museum Building Committee. After moving to Dallas, John and Marie were motivated by a national shortage of nurses and a relationship with Baylor's Louise Herrington School of Nursing to offer support. They've provided student scholarships for nursing students and two juvenile high fidelity simulators to aid nurse training related to care for child and adolescent patients.