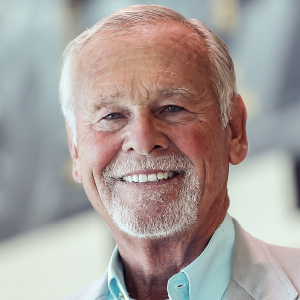 Ron Jones carries an abiding appreciation for the shared values that form the heart of his family's legacy and connection to Baylor. The Jones Family lives with a generous spirit that honors their predecessors. Ron’s parents, Johnny and Wilma Jones, began the Jones family legacy at Baylor. As the family business, The Whitley Company, grew into one of the most successful printing companies in the state, the Joneses generously provided college tuition expenses for their employees' children, financed the drilling of water wells and built food stations in Malawi, and supported Trinity Center, a homeless ministry. Ron, now president of RHJ Family Investments LP and of the Whitley Charitable Foundation, continues to fund scholarships and has supported numerous Baylor priorities, including McLane Stadium, Hankamer School of Business and Truett Seminary. 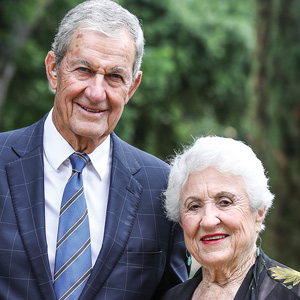 Motivated to prioritize support for Baylor because of the scholarships he received as a student-athlete, John and L'Nell Starkey have given back in a variety of ways, including listing Baylor as their “sixth child” and beneficiary of their estate. John was a center on Baylor's basketball team in the early '50s, leading the team in scoring his senior season. He earned his MD from Baylor College of Medicine while L’Nell worked in the office of legendary cardiovascular surgeon Michael DeBakey. The couple served patients for 50 years at John’s radiology practice. In addition to regular support of existing Baylor Scholarships, the Baylor Bear Foundation and campus building projects, the Starkeys formed and continue to fund the Dr. John H. and L'Nell Starkey Family Scholarship Fund to help students defray the costs of a Baylor education.