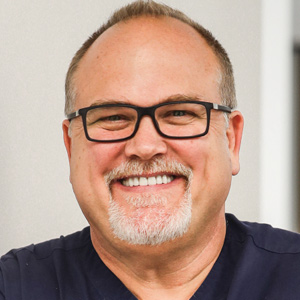 A lifelong commitment to discern and honor his calling fueled Dr. Mark Adickes' segue to a second career as a physician and national expert in sports medicine, drawing on his experience as a professional athlete. A standout offensive lineman for the Bears more than 30 years ago and a member of the Baylor Athletic Hall of Fame, Adickes went on to play professional football for the NFL's Kansas City Chiefs and Washington Redskins, winning a Super Bowl ring with Washington. After injuries forced his retirement, he earned his MD at Harvard Medical School, specializing in orthopedic surgery, influenced by the 13 surgeries he had to undergo as an athlete. In 2016, he was named chief of the division of sports medicine and professor of orthopedic surgery at Baylor College of Medicine in Houston.