Presented in recognition of outstanding service to Baylor and continued loyalty to the university. 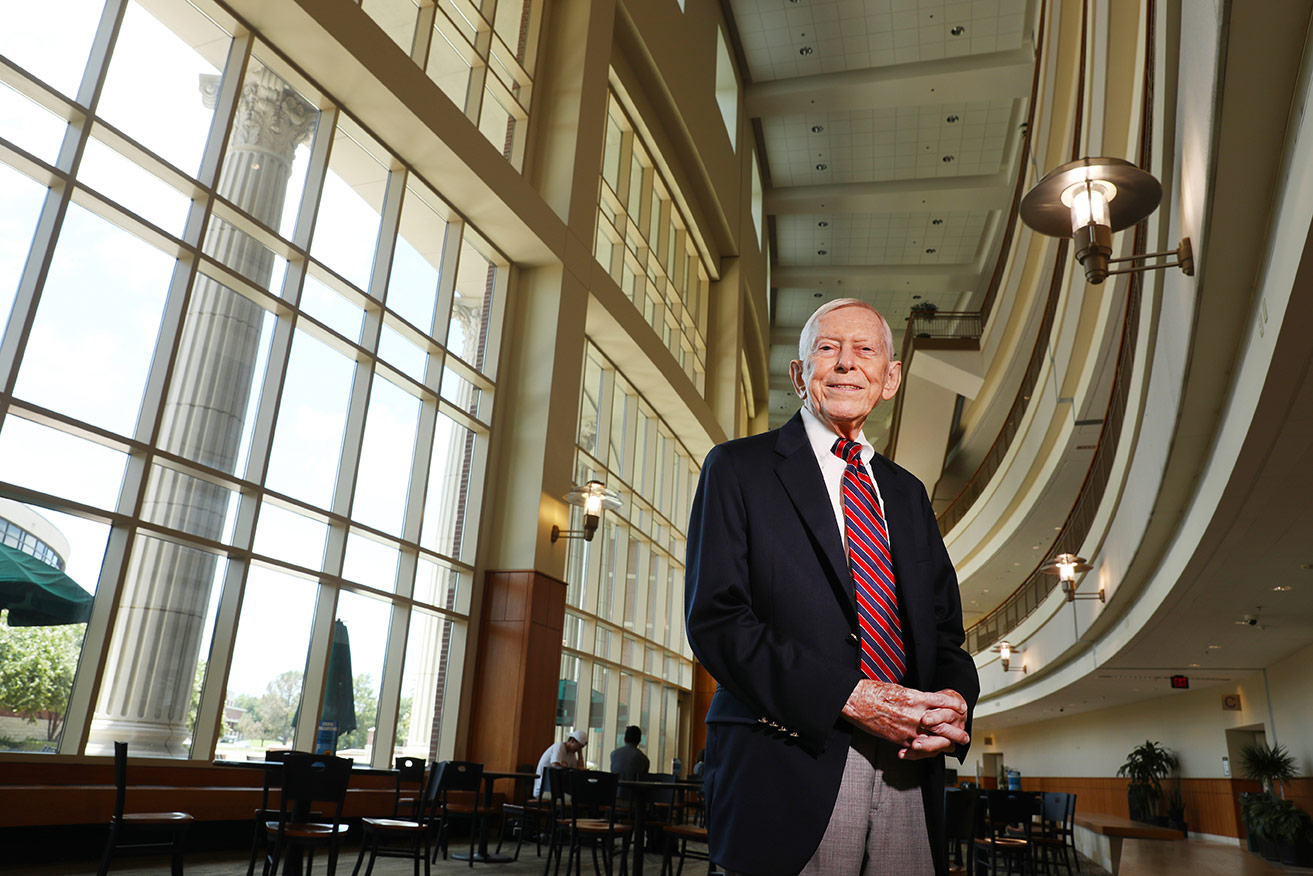 As a teenager in the Midwest, Roger Kirk had aspirations of becoming a professional musician. He earned a Bachelor of Science in Music at The Ohio State University, but his early professional ambition was not to be.

Interest and aptitude tests at Ohio State's counseling center pointed him toward mathematics, psychology and research involving people. His life calling illuminated, Kirk completed his studies at Ohio State with a Doctor of Philosophy in experimental psychology. His research and teaching skills would propel him for the rest of his life.

Kirk is one of the most decorated and respected professors in Baylor University history. A Distinguished Professor of Psychology and Statistics, Kirk has been named Outstanding Tenured Teacher in the College of Arts and Sciences and been designated a Master Teacher, Baylor's highest teaching honor. In 2012, Baylor named him the Cornelia Marschall Smith Professor of the Year, and he was named 2015 Teacher of the Year by the American Psychological Association (APA).

His first book, Experimental Design: Procedures for the Behavioral Sciences, is a citation classic and is in its fourth edition. Kirk has authored four other books, including Statistics: An Introduction, and more than 125 scientific papers.

A member of Baylor's faculty since 1958, Kirk never imagined he would spend nearly six decades at the University but fell in love with it, with Waco, and with Baylor piano professor, Jane Abbott, whom he wed in 1983. Well-known on campus, the couple shares a love of music and ballroom dancing, which they have taught together for many years.

Despite a distinguished research and writing career, Kirk finds great satisfaction in teaching, his style informed and enhanced by the link between psychology and statistics. He effectively uses psychology in class – often with a few dance steps – to the delight of his students whose attention he captures and whose minds he expands. Realizing early in his career that teaching is what he is meant to do, Kirk's passion for it has never waned.