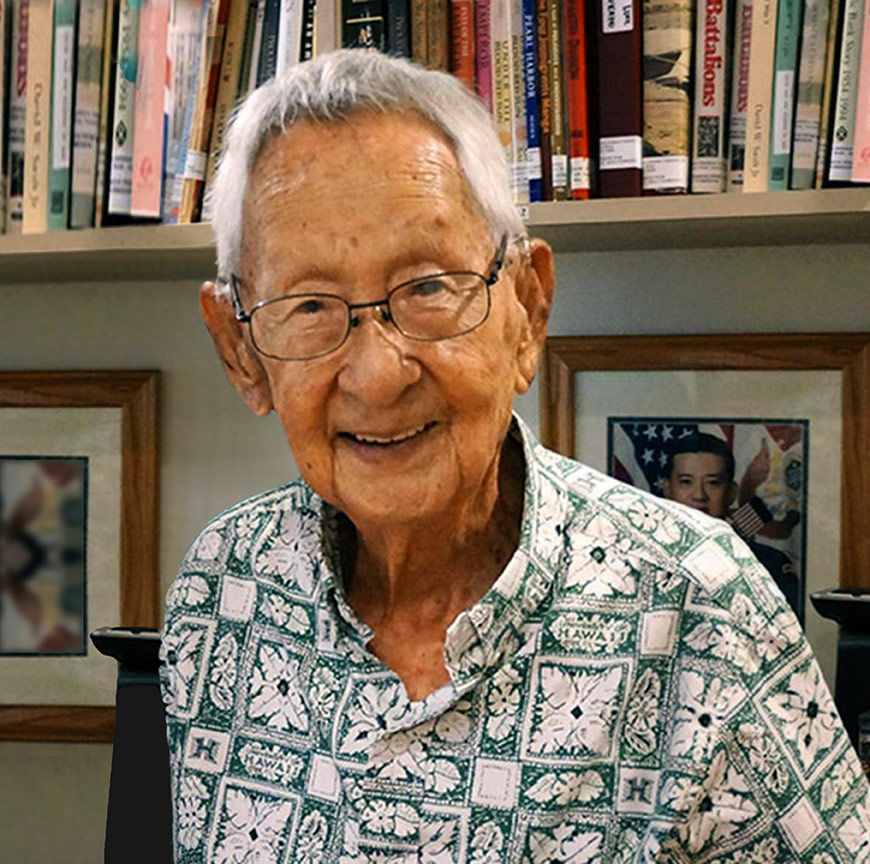 Takashi Kitaoka, LLB ’40, was a WWII veteran and the first Maui-born circuit court judge with jurisdiction over Maui, Moloka`i and Lāna`i. He was Baylor's oldest living graduate when he passed away on August 9, 2016, at the age of 104.

Kitaoka was born in Hana, Maui, to Japanese parents. He attended Mid-Pacific Institute, a Christian boarding school in Honolulu, and then the University of Hawai`i at Mānoa, where he majored in political science and sociology, graduating in 1934. A Baylor Law scholarship brought him to Texas in 1937. Far from home, Kitaoka quickly made strong connections with fellow Baylor Law students and his professors.

Soon after returning to Hawai`i in 1940, he was drafted and served with the Hawai`i Army National Guard's 298th Infantry. Called to active service in 1941 due to the attack on Pearl Harbor, he was an original member to the 100th Infantry Battalion B Company, established in 1942 and the first Japanese-American unit to enter combat. He served in North Africa with the 34th Infantry Division and first saw combat in Benevento, Italy. He sustained a broken collarbone in the Battle of Monte Cassino, which reduced the battalion from 187 men to 28.

Kitaoka was awarded the Purple Heart and Bronze Star. He returned to combat in Northern Italy and France, where in October 1944, he participated in the liberation of Biffontaine. He was a member of the Nisei Regiment, the second-generation Japanese-Americans who formed the majority of the 100th Infantry Battalion B Company, among the most highly decorated battalions of World War II. With other surviving members of the regiment, in 2011 he was awarded the Japanese American Nisei Congressional Gold Medal for combat service. In 2014, the Young Patriot's Club of Navy Hale Keiki School honored Kitaoka with the Heart of a Hero Award.

After the war, Kitaoka and his wife, Yuki, returned to Hawai`i, where he worked for the Veterans Administration and then the Honolulu city and county prosecutor's offices. He served as director of the Hawai`i Department of Labor from 1960 to 1962, when he was appointed to Maui's Second Circuit Court. In 1968, Kitaoka went into private practice and later was appointed to head the newly formed Criminal Justice Data System, a position he held for five years before retiring.

In 1977, a reception was held at Baylor in Kitaoka's honor. Throughout his later years, Kitaoka remained a stalwart supporter of Baylor Law.

Yuki, Kitaoka's wife of 72 years, passed away in 2013 at age 99. Their son, Lloyd, serves on the board of directors for the 100th Infantry Battalion Veterans Club in Honolulu.