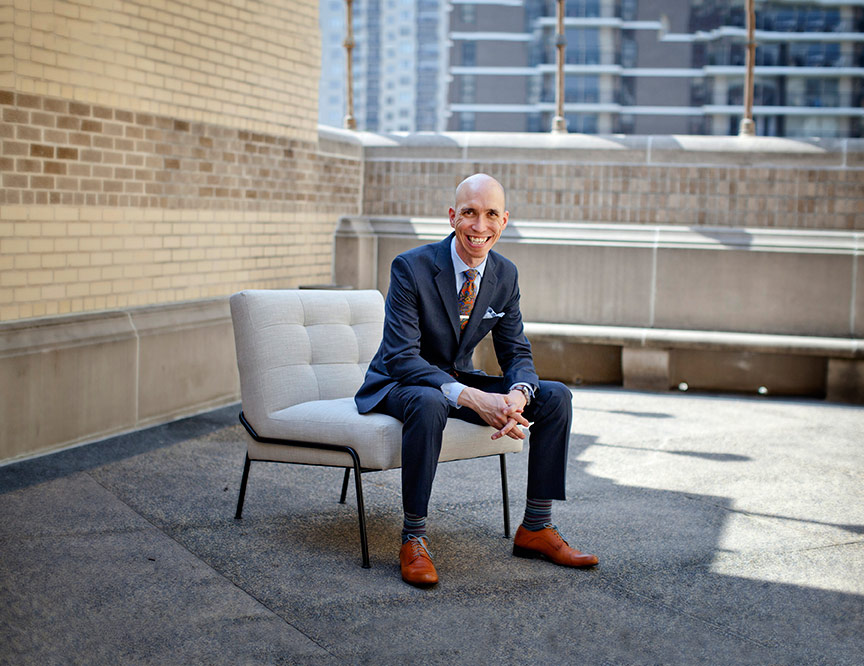 Jeremy Courtney, MDiv ’04, grew up in Austin and graduated from Howard Payne University before attending Baylor’s Truett Seminary on a scholarship. For nearly a decade, he has lived in Iraq with his wife, Jessica, and their two children, striving in each moment to submit to Jesus’ example of healing and reconciliation in the world.

Courtney co-founded Preemptive Love Coalition (PLC), a global coalition of peacemakers confronting fear with acts of love. PLC provides emergency relief for families victimized by ISIS; lifesaving heart surgeries for children; peacemaking in conflict-zones; grants for small business owners; education for at-risk children and counsel to policymakers in D.C., London, Baghdad and beyond. By coordinating short-term and longer-term training of doctors and nurses, PLC has helped save the lives of 1,350 children, correcting birth defects that are prevalent in the region primarily due to chemical attacks wrought by ongoing war.

In 2014, when ISIS began marking Christian homes in Mosul with the Arabic letter ‘N’ for Nazarene, Courtney used social media to help inform the world of escalating violence against Christians and all the persecuted groups in Iraq, including Muslims, Yazidis and Shia Turkmen. In promoting solidary with the people of Iraq, Courtney appeared in several major U.S. television news outlets such as CNN and Fox News. His message was simple: “If one group is marked, we’re all marked.”

PLC’s relational approach, which transcends the transactional to bring together seemingly disparate populations, reflects core values informed by Courtney’s time at Truett Seminary. Several professors profoundly impacted him, including Dr. Bob Roberts, a Dallas pastor who frequently traveled to Afghanistan, and Dr. Ralph Wood, who opened the world of literature for Courtney.

Over the past two years, PLC has grown beyond primarily a medical organization, with Courtney continually considering the programmatic aspect of current crises and building organizational resources to expand PLC’s reach and effectiveness at providing for people’s long-term needs. Currently focused on the front lines in Fallujah and preparing for the liberation of Mosul, Courtney continues to be an innovative problem solver and a beacon of peace among longstanding enemies. Each bridge he builds exponentially increases the chances of forging restoration and trust among groups that have not experienced true peace in generations.