Baylor Alumnus of the Year

Awarded to graduates who have demonstrated remarkable achievement in the previous year. 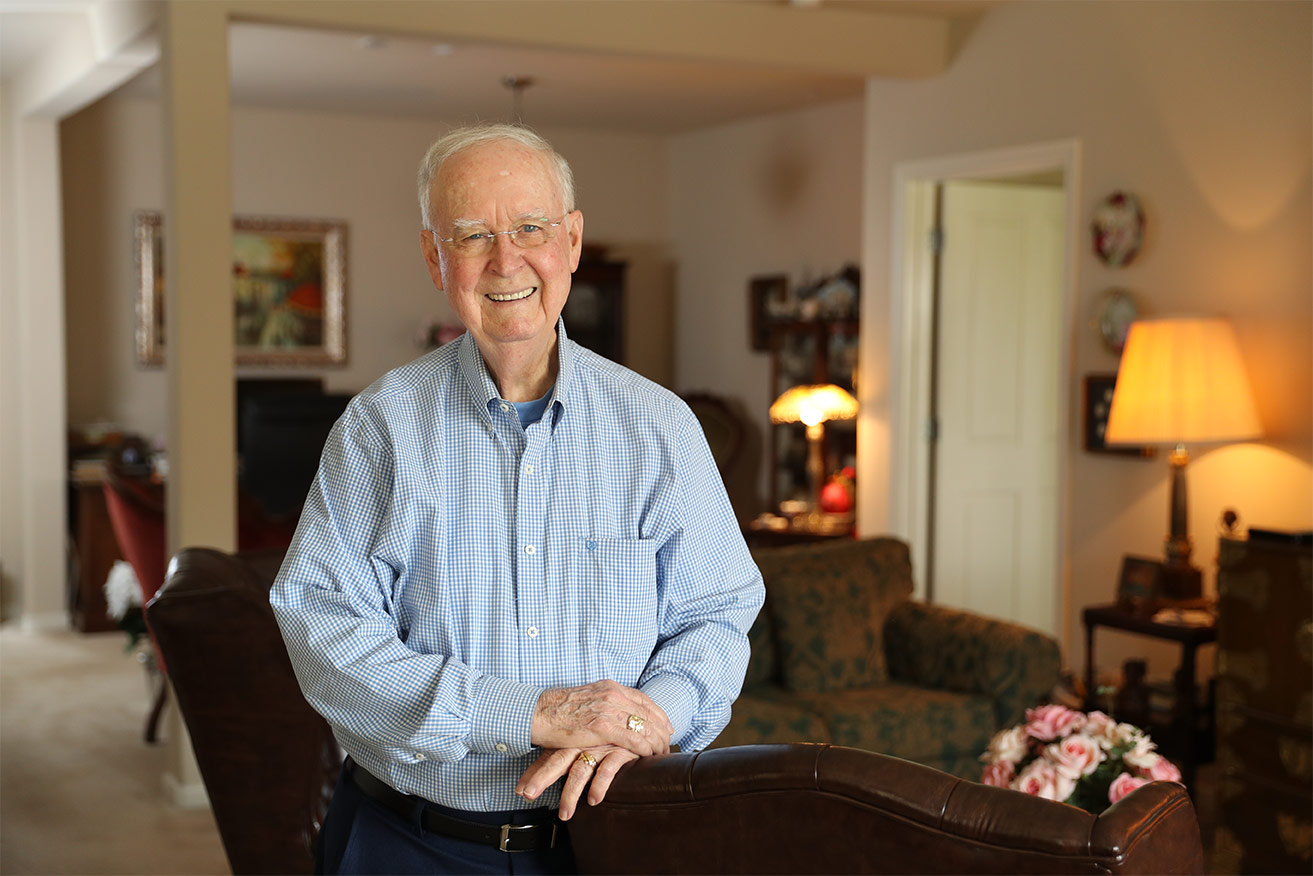 Tom Rosenbalm, BA ’50, MA ’51, chose the medical field largely due to chronic childhood ailments that required ongoing medical attention, in the hope that he could help others. The first from his small community of Bartlett, Texas, to attend college, he earned a bachelor’s degree in biology and chemistry from Baylor, as well as a master’s degree. His parents, Clarence and Claudia, and sister, Dorothy, helped fund his education despite their limited means, allowing his dreams to take flight.

He went on to attend Baylor College of Medicine and upon graduating served as a U.S. Air Force physician. In that role, he answered the call to service with a heroic feat on a daring mission to isolated Fukue Island. When stormy seas forced his seaplane transport to land offshore, where it was completely submerged, Rosenbalm made it ashore on a rubber raft just in time to save the life of the hemorrhaging, young wife of a Japanese Air Force lieutenant.

Civilian life took Rosenbalm to Houston, where he and three partners purchased North Shore Medical Plaza, now East Houston Medical Center. They eventually sold the facility to the local hospital, and Rosenbalm decided to leave the practice in order to care for his aging parents. He did, however, continue to serve on the board of regents for Nashville, Tenn., based Hospital Affiliates International (now Hospital Corp. of America), and he was director of a bank in downtown Houston.

When Rosenbalm decided to honor his parents and sister through a gift to Baylor, he drew upon inspiration from his travels in Europe. In 2014, Rosenbalm Fountain was constructed as part of the renovations to Fifth Street along Fountain Mall. The fountain was dedicated during homecoming festivities in October 2015.

A member of the Heritage Society and the Old Main Society, Rosenbalm credits his alma mater for much of what he has been able to accomplish. He attributes fond memories of his time at Baylor to the late Dr. Cornelia Marschall Smith, who was head of the biology department. In Dr. Smith’s honor, Rosenbalm has supported her scholarships in English and pre-med as well as providing for a professorship in biology. His daughter, Laura Carpenter, and her husband, Robert, are both Baylor graduates.