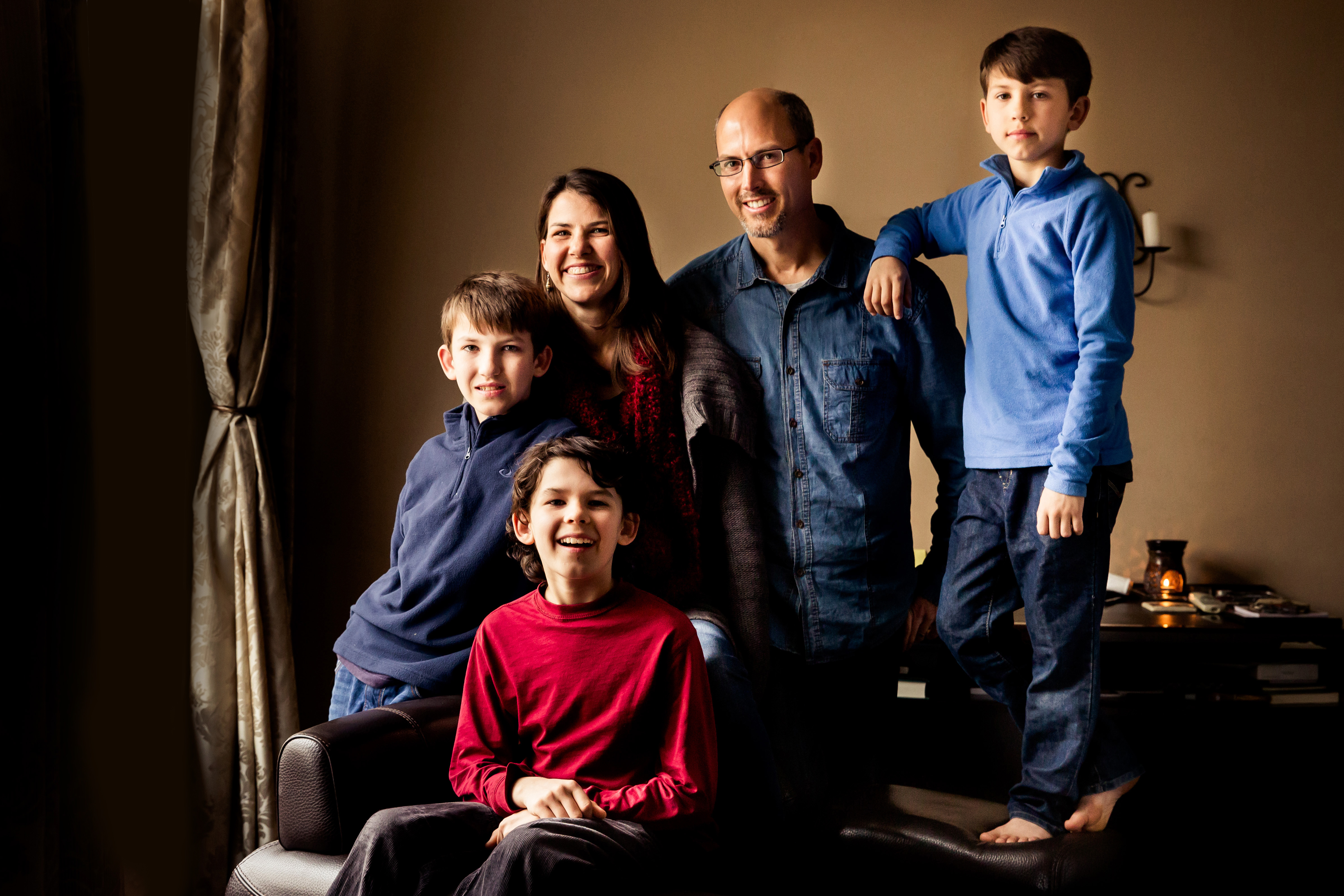 In the far northeastern corner of Iraq, Billy, BA ’95, and Dawn, BSEd ’98, Ray began setting up camps for displaced families just over a year ago, when they learned of the need in the country’s Kurdistan region. Neither the threat of war nor the specter of raising a family in a community where few westerners had ever been could keep them away. Today, more than 600 Iraqi refugees chased from their homes by ISIS are thankful that the Rays heeded that call.

The Rays began their mission work in the Middle East over 13 years ago, spending six years in Turkey and nearly eight years in Iraq. Along the way, their three sons were born in Turkey. Despite the region’s volatility and inherent dangers, the Rays feel a sense of peace and strong commitment to their calling there.

Billy and Dawn both attended Baylor, but it was the mission field that brought them together. They met while in Turkey on different mission trips and were married one year later. In 2007, they felt the call to Iraq and were connected with World Orphans, an organization that mobilizes churches to care for orphans. Billy was named Middle East Director for the organization, and the Rays began holistically serving orphans and others in the community.

The Rays later settled in the mountains of Soran, just 75 miles from the frontlines of Iraq’s battle with ISIS. They befriended the town’s mayor and soon were assisting with local needs, such as vocational training for widows and construction of a community center. As a venue that allowed the Rays to connect with and serve their new Muslim neighbors, the community center was a foundation that would prove vital when hundreds sought refuge from the ISIS invasion.

At first, it was 20 families in need, fleeing to Soran just two hours before ISIS destroyed most of their hometown. The refugee count is now 600 and growing, across five separate camps. Without experience putting camps together, the Rays and World Orphans continue to meet needs—shelter, kerosene for heat in the winter, job opportunities and community—meeting head-on the challenge they feel God has entrusted to them until the day their neighbors can rebuild. 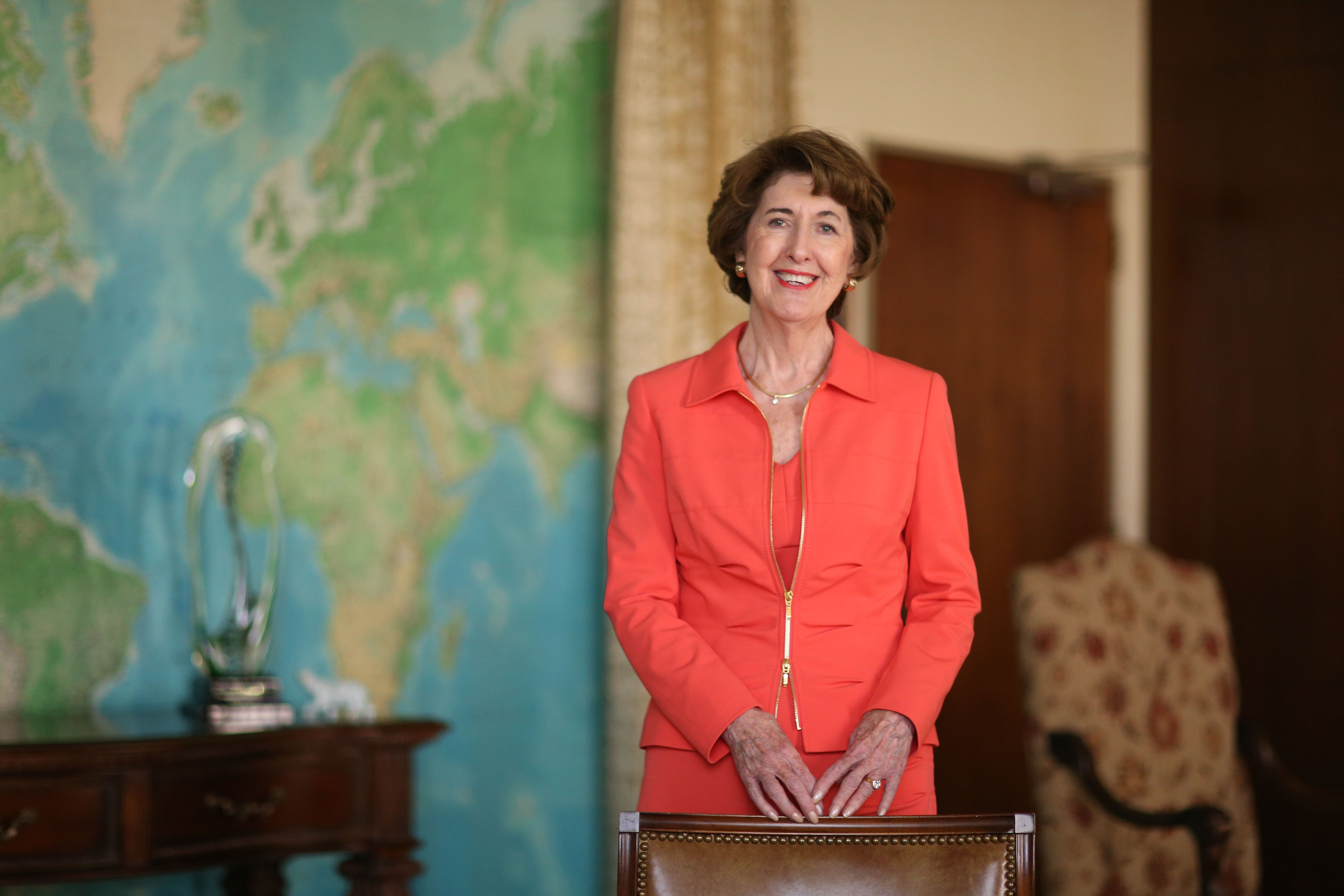 The Mayborn Foundation has supported dozens of initiatives, including youth and educational programs, museums and hospitals. The late Frank Mayborn was heavily involved in developing Temple and the surrounding area. He founded Central Texas College, donated land that established the Frank W. Mayborn Convention Center and played an instrumental role in Ft. Hood’s establishment near Temple. Among his many contributions, Frank also endowed chairs at Texas Tech and Baylor and served on the journalism advisory boards for the University of Texas and Texas A&M.

In 1979, Sue was an executive vice president for Frank Mayborn Enterprises. After the couple married in 1981, she undertook progressively greater roles in the company. Following Frank’s death in 1987, she became president/owner of Mayborn Enterprises and remains an active leader of it and its subsidiaries, which include newspapers in Killeen and Temple, KCEN-TV [until selling in 2009], a real estate company, a working farm with registered red Brangus cattle and the Mayborn Foundation.

To further journalism education, Mayborn established master’s level scholarships in journalism at Baylor, Texas Tech, UT-Tyler and the University of North Texas, now also the home of the Mayborn Graduate Institute and the Frank W. and Sue Mayborn School of Journalism. Sue’s involvement with Baylor began through Frank’s friendship with U.S. Rep. William R. Poage, BA '21, LLB '24. In 1978, Frank led the fundraising campaign for the W.R. Poage Legislative Library at Baylor while Sue focused on the Poage-Mayborn Washington Seminar and Internship Endowed Program, which the Mayborn Foundation permanently endowed in 2007.

Reserved and intentional, Sue holds high ideals of integrity in business and community service. A native of Oklahoma, she graduated from Gatesville High School and Temple Junior College and attended Baylor and the University of Mary Hardin-Baylor, where she now serves on the Board of Trustees. Sue is a member of Memorial Baptist Church in Temple.

Sue is a Baylor Alumna Honoris Causa and recipient of The Herbert Reynolds Service Award. She played a major role in the building of The Sue & Frank Mayborn Natural Science and Cultural History Museum Complex at Baylor, which opened in 2004, bringing together Baylor’s popular Strecker Collection and Ollie Mae Moen Discovery Center. She recently established the Sue Mayborn Endowed Scholarship Fund and the Sue Mayborn Building Fund.