On Topic with Richard Joel and John Garvey

On the eve of the 2015 National Prayer Breakfast, Baylor President and Chancellor Ken Starr welcomed Richard Joel, President of Yeshiva University and John Garvey, President of The Catholic University of America to the National Press Club in Washington, D.C. for On Topic, a conversation about the future of higher education and the calling of faith based institutions.

Watch the Video with Presidents Starr, Joel and Garvey 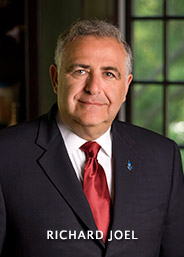 Richard M. Joel has served as president of Yeshiva University since 2003 and was named Bravmann Family University Professor in 2010. During the past 10 years, Joel has built upon the illustrious tradition of Yeshiva University by placing a renewed emphasis on the student experience, academic excellence, Torah scholarship and communal involvement. Joel is a graduate of New York University, where he earned a B.A. and a J.D. and was a Root-Tilden Scholar. He has received honorary doctorates from Boston Hebrew College and Gratz College. 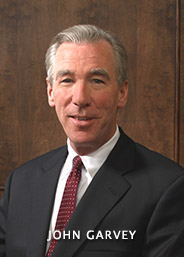 John Garvey has served as president of The Catholic University of America since 2010. A nationally renowned expert in constitutional law, religious liberty and the first amendment, he was dean of the Boston College Law School from 1999 to 2010. Garvey's faith and his belief in the Catholic intellectual tradition have played a central role in his teaching and scholarly research, which span more than three decades. He served as assistant to the solicitor general in the U.S. Department of Justice from 1981 to 1984 and authored the book What Are Freedoms For? Garvey earned an A.B. from the University of Notre Dame and a J.D. from Harvard Law School.