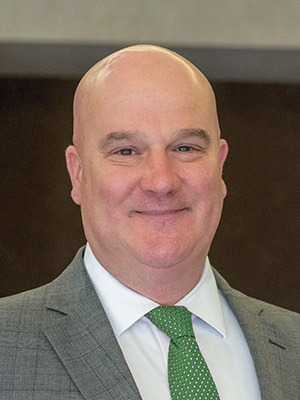 Mr. Dalton was appointed chief business officer, a new position at Baylor, effective July 1. In that capacity, he leads progressive systems of financial planning, reporting, and control for the University, while also overseeing operations, facilities, information technology and various strategic partnerships. He previously served as executive vice president of finance and operations at Clemson University, where he managed the institution’s $1.2 billion budget and provided leadership and management of the university’s strategic planning, resource planning and utilization, and strategic partnerships and programs.

During Mr. Dalton’s tenure at Clemson, the institution moved from a third-tier ranking to a Top 25-ranked public university, achieved an R1 Carnegie classification, and completed the university’s first $1 billion capital campaign. He also successfully co-led the development of Clemson’s strategic plan, oversaw more than $800 million in capital projects, and achieved and maintained the highest bond rating in the history of the university.

From 1996 to 2007, Mr. Dalton was executive assistant for finance and administration to the vice president for academic affairs and provost, where he managed financial, human, and space resources for the entire academic portfolio of the university. In this position, he helped the university seamlessly integrate the finance and operations division and the academic community at Clemson, working collaboratively to achieve the mission, vision, and goals of the university.

Mr. Dalton earned both a bachelor’s degree and a master’s degree in economics from Clemson. He and his wife, Lisa, have a 15-year-old son, Stewart. Their daughter, Mattie, is a 2018 graduate of Clemson.