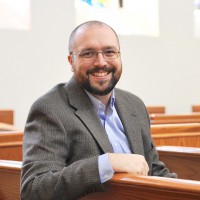 
David has served as a bi-vocational minister since 2005. He started as a lay-leader in church while working in the IT industry and then was called to non-profit ministry where he gradually worked up to Executive Director. He would eventually also serve as a pastor for several years before being selected to direct the Certificate Program at Truett Seminary.

Aside from his church lay-leader and pastoral experience, he has 8 years of experience in Information Technology, 10 years in non-profit ministry, as well as 16 years experience running his own photography business.

For any questions that Certificate students may have, David is an administrator, advisor, and theological/pastoral resource and may be contacted directly at 254-710-6351 or David_Tate@baylor.edu. 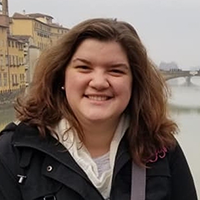 
Carlisle joined the Certificate Program in the Fall of 2019. She is pursuing her Master of Divinity with a concentration in Family Ministries and feels that the Lord has called her to youth ministry.

Carlisle was born and raised in Newport News, Virginia and earned a Bachelor of Science in Liberal Studies with a concentration in Middle School Education from Longwood University in 2012.

Carlisle has been a middle school social studies teacher, a church administrator, and a volunteer youth ministry leader. She has always been very involved in Baptist life and most of her ministry experience is centered around leading children and youth and an active participation in local, state, and foreign missions.

Carlisle is married to her high-school sweetheart, Ethan, and they are very excited about welcoming their first baby boy in December 2019. 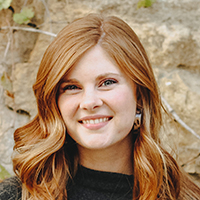 
Jordan is currently pursuing a Master of Divinity at Truett Seminary and, in addition to his work in the Certificate Program, he is also the Associate Pastor at Speegleville Baptist Church in Waco, Texas.

Prior to moving to Waco, Jordan is originally from Knoxville, Tennessee. He graduated with a Bachelor of Science degree in Business Administration with a concentration in Marketing and Human Resources from the University of Tennessee.

Jordan has been involved in different aspects of ministry throughout his undergraduate and seminary educations. He spent time in the church as both a Youth Intern and a College and Communication Intern. Additionally, he has served as a missionary to Anchorage, Alaska in which he led a food ministry in the parks of Anchorage. After seminary Jordan feels called to serve the local church in a pastoring or associate role, and with his background in teaching and his strong pastoral spirit, we are blessed to have Jordan on our team. 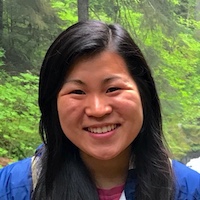 
Amanda Clark is currently pursuing a Master of Divinity at Truett Seminary with a focus area in Spiritual Formation. In addition to her work with the Certificate Program, she also volunteers by serving the youth at Oak Grove Baptist Church in China Spring, Texas.

Amanda has two summers of camp experience through serving as a counselor at Glorieta Camps in Glorieta, New Mexico. She has also served as a Student Ministry Intern at Highland Baptist Church in Lubbock, Texas and First Baptist Church in Huntsville, Alabama. Additionally, she has worked as an intern with Christian World Missions, located in Starkville, Mississippi.

With her varied ministry experience, Amanda is affirmed in her call to work with students in the local church as a student minister and after seminary currently feels called to serve in full-time camp ministry.