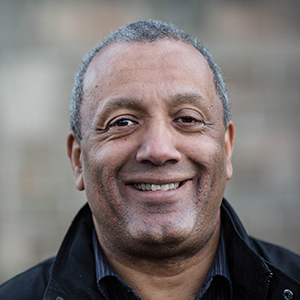 Dr. Chris Wright
Dr. Chris Wright is the Global Ambassador for Langham Partnership. After ordained pastoral ministry in the Church of England, he taught the Old Testament in India for five years (1983-88) and then at All Nations Christian College in England until taking over the leadership of Langham’s ministries at John Stott’s invitation in 2001. His books include commentaries on Exodus, Jeremiah, Lamentations and Ezekiel; Old Testament Ethics for the People of God; The Mission of God; The God I Don’t Understand; and The Mission of God’s People. Chris was the Chair of the Lausanne Theology Working Group, from 2005 – 2011, and was the chief architect of The Cape Town Commitment – the Statement of the Third Lausanne Congress in October 2010.


The Lecture Series will include three lectures over the two day event: Wisdom in Mission: Missional Hermeneutics and Israel’s Wisdom Literature.

Schedule of Events Tuesday, October 11
11am Shaping Faith: A Missional Reading of Proverbs
4pm Questioning Faith: A Missional Reading of Ecclesiastes
Wednesday, October 12
11am Testing Faith: A Missional Reading of Job
About The Parchman Endowed Lectures bring world-renowned theologians to the Baylor campus and enable George W. Truett Theological Seminary to make a significant contribution to the realm of theological dialogue and the life of the church. All events are free and open to the public and will be held in the Paul W. Powell Chapel at Baylor University's George W. Truett Theological Seminary.
Previous presenters include:
Media You can watch or listen to our previous guests at the Parchman Lectures Media Library.
QUESTIONS?
Contact Kimlyn Bender