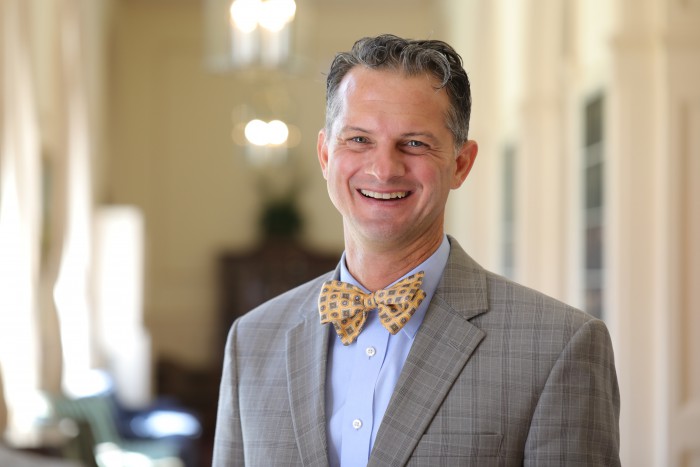 Singletary, J. (2008). A proposal for a multiparadigmatic approach to Judeo-Christian religion in social work education. Advances in Social Work 9(2), 63-78.

Dr. Jon E. Singletary was named dean of the Garland School in 2015. He previously served as Associate Dean for both undergraduate and graduate studies since 2010. He joined the faculty in 2003 after completing his Ph.D. at Virginia Commonwealth University. On the faculty, Singletary taught and developed courses in community practice and social justice. Singletary served as director of the Center for Family and Community Ministries, which launched the Texas Hunger Initiative and the Strengthening Congregational Community Ministries Project. He also served as co-director of the Faith and Service Technical Education Network (www.FASTENnetwork.org). Before coming to Baylor, Dr. Singletary was pastor of Richmond Mennonite Fellowship in Virginia. While serving as pastor, he worked with his congregation to organize a coalition to support nonviolent initiatives in the local community. Before serving as pastor, he worked as a community organizer for an agency providing healthcare to people who were homeless and for a Catholic community settlement house. He has earned an M.Div. from the Baptist Theological Seminary at Richmond and an M.S.W. from VCU. Singletary is married to Wendi Elysse (Washington) Singletary and the couple has three sons, Haden (2000), Harper (2002), Abbott (2006), and a daughter Ainsley (2006).
APPLY ONLINE GIVE NOW DIRECTORY