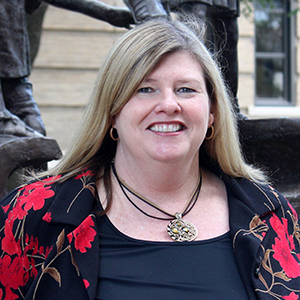 Shanna Hagan-Burke, Ph.D., became Dean of the Baylor School of Education on July 1, 2020. Her appointment was announced in May by Baylor University Provost Nancy Brickhouse, Ph.D., following a nationwide search. Dr. Hagan-Burke came to Baylor SOE from a position as professor of special education and head of the department of educational psychology at Texas A&M University’s College of Education and Human Development.

Dr. Hagan-Burke served on the faculties at the University of Georgia and University of Oregon before joining the Texas A&M faculty in 2005 as associate professor of special education. In 2016, she was named professor and department head of educational psychology. Her research interests include functional analyses of challenging behavior, positive behavioral interventions and supports (PBIS) and early literacy. She has been awarded more than $5.6 million dollars in competitive external grants, serving as the lead principal investigator or co-PI on 11 external grant awards. Her work investigating relations between academic performance and problem behaviors has been recognized by the U.S. Department of Education’s Institute of Education Sciences (2013, 2014) for its contributions to the fields of early reading intervention and early childhood education.

Dr. Hagan-Burke has published more than 60 articles in educational journals, as well as book chapters, encyclopedia entries and monographs, and technical research reports for state and federal agencies. She is a frequent presenter at national and international scholarly conferences.