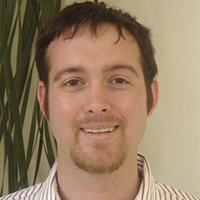 Adam Carrington received his Ph.D. in Political Science from Baylor in May of 2014. His dissertation was on the jurisprudence of Supreme Court Justice Stephen Field, titled “Liberty in Full:  Justice Stephen Field’s Cooperative Constitution of Liberty.” In it, Carrington examined Justice Field’s view of liberty. Field understood liberty as involving protection of individual rights both through government regulation and by restrictions on such regulation. Therefore the Constitution’s various provisions empowering and restraining government cooperated in pursuit of such liberty. To show this cooperation, Carrington examined Field’s opinions in areas such as police power, the Fourteenth Amendment, and the Commerce Clause.

Adam is currently an assistant professor in the Department of Politics at Hillsdale College. There he teaches Constitutional Law, American Political Thought, as well as other courses in American political institutions.