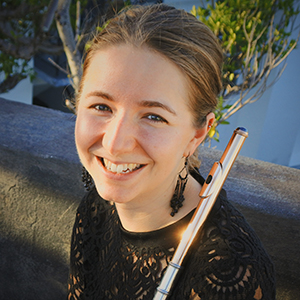 Masha Popova, a flutist, is excited to join Baylor University as Lecturer in Chamber Music. She completed a fellowship with the New World Symphony, and currently holds the positions of Principal Flute with Central City Opera. In addition, she has performed as guest principal flutist with the Seattle Symphony, Auckland Philharmonia Orchestra (NZ), and Sarasota Orchestra, as well as subbed with Chicago Symphony and Houston Grand Opera. Ms. Popova was the Albert M. Greenfield concerto competition senior division winner, and performed as a soloist with the Philadelphia Orchestra during the 2009-2010 season. She was also the first prize winner in the woodwind/brass division at the Young Texas Artist Competition. Masha Popova received her Bachelor of Music from the Curtis Institute of Music, studying with Jeffrey Khaner, and her Master of Music from Shepherd School of Music, Rice University, studying with Leone Buyse.