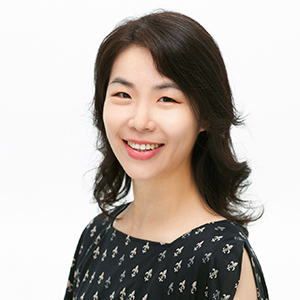 Praised worldwide as one of the most versatile pianists of her generation, Rajung Yang has won several top prizes in national and international competitions including the IBLA Grand Prize and Bartok- Kabalevsky-Prokofiev Competition in Italy in 2005, William Byrd International Competition and the University of Michigan Concerto Competition in 2007. Subsequent performances included her debut recital at New York Carnegie Hall, New York University, Kennedy Center in Washington D.C., Hill Auditorium in Ann Arbor, and other majors venues Italy and France. In 2011, Rajung won the first prize in Frances Walton Young Artist Competition in Seattle, and her solo and collaborative performances have been broadcast on public radio in Seattle.

Born in Seoul, Korea, Rajung began her piano and violin studies at the age of four. She received her Bachelor’s and Master’s degrees in Piano from Seoul National University, and her second Master’s and Doctoral Degrees in Piano Performance from the University of Michigan, under the tutelage of Arthur Greene and Logan Skelton. Additional studies include collaborative piano with Martin Katz, and harpsichord with Edward Parmentier.

As a dedicated advocate for the 20th and 21st centuries’ music, Rajung has performed and premiered new works as either a soloist or collaborator in numerous festivals and conferences in the United States and Europe. However, her interest in music is not limited to the modern era. With her background in early keyboard music, she played harpsichord in Idaho Bach Festival for many years, and also performed fortepiano at the University of Michigan Early Keyboard Institute.

Dr. Yang currently teaches class piano and works as a collaborative pianist at Baylor University. Before moving to Waco in 2018, she was Associate Professor of Piano and also served as Head of Keyboard Area at the University of Idaho Lionel Hampton School of Music.