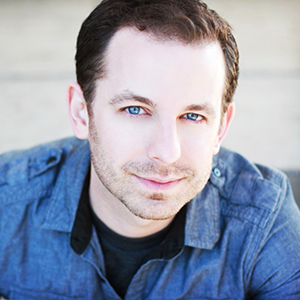 "I often work with actors who have very diverse levels of musical backgrounds - from little or no formal music training to Master's Degrees in performance. Baylor Music Ed gave me the awareness to recognize and acknowledge everyone's unique learning process and the tools to be able to tailor my teaching approach to a wide variety of skill levels."

Jeff Theiss (Baylor - BME 2005, Ithaca College - MM 2009) is an active music director, conductor, coach, and audition pianist in New York City. Jeff most recently joined the music team of The Book Of Mormon on Broadway as rehearsal pianist, keyboard 2 sub, and conductor sub. He is also the associate music director for the critically acclaimed Off Broadway hit The Band's Visit. Outside of NYC, Jeff has served as the music director at Merry-Go-Round Playhouse in upstate New York since 2009, as well as various other regional theaters across the country. Aside from performing, Jeff also enjoys teaching and most recently was a lecturer in the Theater Department at Ithaca College for the Spring semester of 2016. He has also taught music/theater at AMDA, CAP21, Pace University, New York University, Hofstra University, and The Dalton School in NYC.