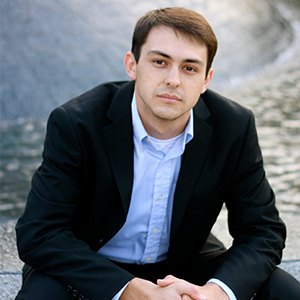 "Although I trained to be a Music Educator, I became a performer and professional musician because of the well-rounded education from Baylor University's Music Education Program and the opportunities that were presented to me."

Jake is from Fort Worth, Texas and currently studying with Richie Hawley at Rice University pursuing a Master in Music Performance. He received his undergraduate degree in Music Education at Baylor University in Waco, Texas where he studied under Dr. Jun Qian, Dr. Vanguel Tangerov, and Alan Olson. While at Baylor, he played in the final round of the Baylor Concerto Competition in 2014 and 2015 and his woodwind quintet, Connect5, advanced to the Semi-finals of the Coltman Chamber Competition. Jake has also studied with Dr. Richard Shanley and Ivan Petruzziello of the Fort Worth Symphony.

Jake enjoys running, exercising, and teaching his clarinet studio in Texas. Jake is a sports fan and during the football and basketball seasons, he supports the Baylor and DFW sports teams. He owes his success to his friends and supportive parents who give him inspiration to create music and to pursue exquisite music making.