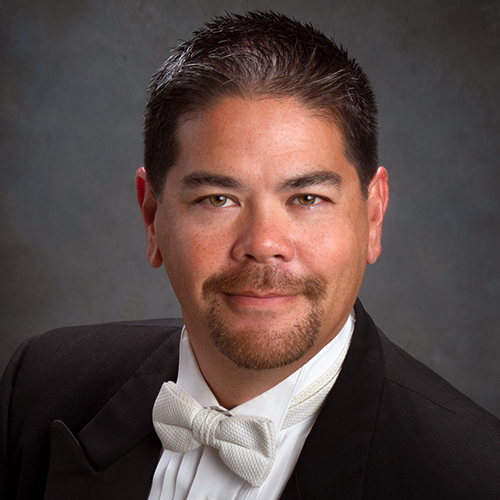 Dr. Isaiah Odajima is Associate Professor of Ensembles and Associate Director of Bands at Baylor University. He is the director of the Golden Wave Marching Band, oversees all Athletic Bands, and conducts the Symphonic Band. Dr. Odajima instructs courses in instrumental conducting, marching band methodology, and serves as an advisor in the Music Education area.

Dr. Odajima joined the Baylor University faculty in 2009. He returned to Baylor from Michigan State University, where for four years he served on the faculty as the Assistant Director of Bands and Associate Director of Athletic Bands. From 2001 to 2003, Dr. Odajima was Baylor's Assistant Director of Bands and Associate Director of the Golden Wave Marching Band. Before his university posts he taught in the Texas public school system. He holds the Doctor of Musical Arts degree in Wind Conducting from Michigan State University, a Master of Music degree in Wind Conducting from Baylor University, and a Bachelor of Music degree in Music Education from Stephen F. Austin State University. His principal teachers have been John Whitwell, Michael Haithcock, and Kevin Sedatole.