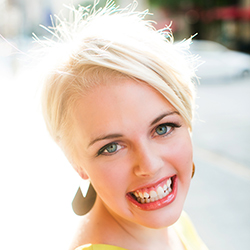 Praised by Theatre Jones as “Technically Amazing,” Dr. Thomas enjoys working in a wide variety of ensembles and genres. A founding member of the Dallas Harp Quartet, the quartet aims to showcase the versatility of the harp, while expanding its wide array of repertoire and reaching new audiences in their community and beyond.  In addition, she was a featured performer on a nationally televised Christmas Special on NBC alongside Peter Cetera of the band 'Chicago.' She can be heard on the documentary Horse and Rider, an exposé of human trafficking in India by director Ben Stamper. She recently completed recording sessions for a solo album by Norwegian alternative rock artist Emil Nikolaisen, lead singer of the band Serena-Maneesh, and has frequently recorded for The Sounds Familyre recording label.