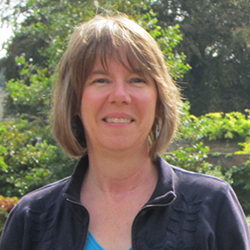 Laurel E. Zeiss is an Associate Professor of Music History. Zeiss earned her PhD in Musicology at the University of North Carolina at Chapel Hill, an MA from UNC, and a BM (Voice) from Greensboro College. Baylor University honored her with an Outstanding Professor Award in 2013. In 2015, she was named a Baylor Fellow, a program that recognizes a select group of faculty who demonstrate excellence and creativity in teaching. Other honors include being the opening speaker at the British Library’s celebrations of Mozart’s 250th Birthday (2006), speaking at the Mostly Mozart Festival at Lincoln Center (2015, 2016, and 2018), and a Visiting Research Fellowship at the Centre for Opera Research at the University of Sussex (2011). Zeiss has published her research in The Cambridge Companion to Opera Studies, the Cambridge Opera Journal, The Journal of Singing, and The Cambridge Haydn Encyclopedia. She also has contributed essays to several edited collections, including Taste in the Eighteenth Century: Aesthetics and the Senses. Her book, Engaging Opera, is forthcoming.