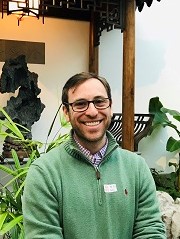 My research focuses on the cultural, political, and intellectual world of the nineteenth century and the transition from empire to nation in China.

My first book, Learning to Rule: Court Education and the Remaking of the Qing State, 1861-1912, is forthcoming with Columbia University Press. The book (which has also been selected as a study of the Weatherhead East Asian Institute) explores debates surrounding the education of the final three Qing emperors as imperial curricula became proxy battles for divergent visions of how to best re-stabilize the country after years of domestic rebellion and imperialist aggression.

I am currently in early stages of research for two new projects:

The first, Empire’s Last Servants: The 1904 Class of Civil Examination Candidates and Networks of Knowledge in Modern China, examines the social production of knowledge across the 1911 revolutionary divide in China. The project seeks to understand not just the transformation of an elite group of exam candidates, but also the ways in which they and others worked to translate their knowledge to the new mass audience of citizen consumers in the late Qing and early Republic.

The second project, The Imperial Politics of Life and Death in Modern China, explores changes to a variety of life-cycle rituals of the Qing imperial family over the course of the nineteenth century. As the Qing transitioned from a multi-ethnic empire to a constitutional monarchy and sovereign member of the global community, the book seeks to uncover the changing meaning of imperial rituals and their relationship with elements of social, economic, and political life in the capital.