CASPER researchers running numerical simulations will utilize the computing capabilities and full-time computing support available at Baylor University, including a Cray CS400-AC with 64 compute nodes, two Intel Knights Landing (KNL) nodes, and two Nvidia P100 GPU nodes, each configured with two GPUs. The cluster compute nodes have an aggregate peak performance of 77.4TF (TeraFLOPS), the KNL nodes have an aggregate peak vector performance of 6TF (double precision), and the GPU nodes have an aggregate peak performance of at least 9.4TF (double precision). In addition, Baylor is a member of the High Performance Computing Across Texas (HiPCAT) consortium which allows researchers to share resources at other institutions across the state. The Academic and Research Computing Services group operates all cluster systems and provides programming support for the University's research community.

CASPER researchers have access to a number of numerical codes developed in-house and specific to the Center. A short summary of the codes, which will be used in the proposed research are listed below.

Aggregate Builder is designed for study of the collision dynamics of charged aggregates. The code can model aggregates of spherical or ellipsoidal particles which can be immersed in electric or magnetic fields. The code also calculates rotations induced by torques exerted by the dipole moments. Resultant aggregates are saved to a library and can be charged using OML_LOS or used as initial particles in N-body simulations. 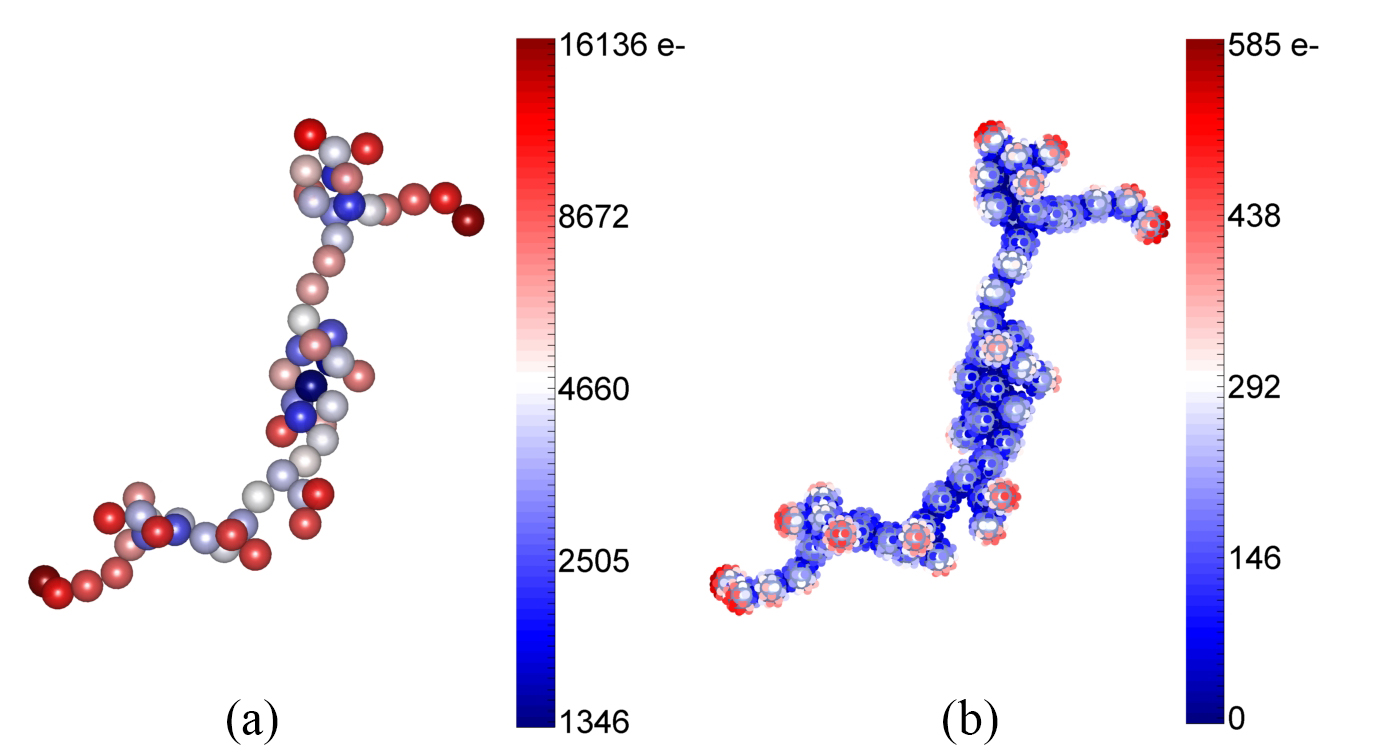 OML_LOS calculates the charge on dust particles and aggregates immersed in a plasma environment employing a line-of-sight (LOS) approximation to Orbital-Motion-Limited (OML) theory. Plasma currents to given points on the surface of a dust aggregate are assumed to only come from directions with open lines of sight, with ions and electrons assumed to stick at the point of contact. This method provides a map of surface charge distribution for an aggregate, and the grain potential can be approximated using a multipole expansion. Contribution of positive charging currents such as secondary electron emission and photoemission can also be included in the charging, taking into account that some of the ejected electrons will stick to other monomers within the aggregate. The code has also been successfully modified to model forces depending on the flux of particles to a grain surface, such as photophoretic and thermophoretic forces.

Dynamic Response of Ions and Dust(DRIAD)

Dynamic Response of Ions and Dust (DRIAD) is a kinetic N-body code which takes advantage of the parallel processing power provided by GPUs to resolve the interaction and dynamics of ions and micron-sized dust their respective time scales. Dust charges are calculated self-consistently each ion time step using ion and electron currents. Electron currents are calculated using OML theory for a flowing plasma and ion currents are calculated by counting dust-ion collisions. The code allows the ion wake field created downstream of the dust in a flowing plasma to be investigated for a variety of simulated laboratory conditions.